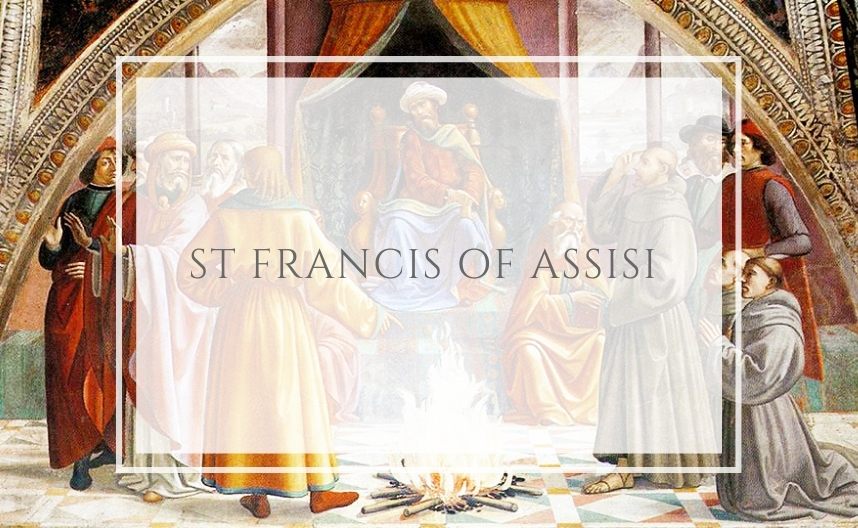 Saturday at SatYoga, kombucha, popcorn, and a carefully selected film that induces deep contemplation and introspection. The documentary on St Francis ignited the following musing.

The collective consciousness of humanity at this moment is thwarted with fear. We have for too long-honored our ego’s rather than remembering who and what we are at the source. But has not the whole Kali Yuga been cycles of the same process?

As shared in the documentary, during the time of St Francis – there was war, plunder, death, destruction, outbreaks of leprosy (makes covid laughable) – the endless list of the Ego’s provocatives. And maybe in this now – completion dawns upon us for the process to evolve into grander processes?

For what Shunya (my interpretation) reflects as the death & redemption (lord of non-duality) = eventual resurrection of the divine within man actualized and inherently realized.

St Francis is a monumental icon to draw inspiration from during our current unfolding. (Here we will highlight a mere stream of his many in-acted divine virtues). He was a man, so anchored in his faith, that in his divine madness, was able to pierce through the eye of the needle on countless occasions.

Outrageous acts of radical faith, humility, unconditional boundless love – from hugging lepers – to entering the pretentious esteemed court of Pope Innocent III in but an impoverished rope. Nevertheless, in this one of many incidences – St Francis’s purity penetrated the royal piety of the Pope – thus receiving the Pope’s verbal approval to preach the gospel.

To then later – walking across a battlefield – into the court of the Sultan Al-Kamil in Egypt were upon initial conversion attempts – they realized that their mutual + equal anchoring in the love of God. Hence forming a friendship of profound sustenance.

And, yet a Muslim Sultan granting courtings to a Christian Mystic.

These events are mind-boggling to the linear – logical – egoic trapped minds. But to the open heart beyond the egoic construct – these seem to be rites of passage for one who is anchored in and as the Godself.

Do not these events alone emphasize that it is God that is running the show? That miracles are absolutely possible + granted – if one keeps God in+on the forefront of their hearts & minds?

Can St Francis’s actions alone not ignite inspiration within the deep chambers of the individual and collective heart – that if we anchor ourselves in God, that we also will be able to transverse through current circumstances with grace – by the Grace?

To walk through the eye of the needle – to experience those perfect moments where Grace abides orchestrating the phenomenal plane for the most miraculous, impalpable, one in a million … non-coincidental alignments?

How can one begin to fathom (conceptually or otherwise) the Supreme Intelligence that runs this Cosmic Video Game?

So the question beckons? Why not merge with that Supreme Intelligence?

Who am I? As the Patron Saint at Sat Yoga enquires (Ramana Maharshi)

Will this end all seeking? …


“What you are looking for, is what is looking?” – St Francis

Thus … the intensity of the phenomenal plane currently is but a guise for an equally intense journey inwards to dissolve and thus transcend the ego, anchor ourselves in the love-trust-faith of God – ultimately remembering who and what we are …

My heart longs for this innate remembrance by the Grace – so these offered words are not mere intellectual musings but realized knowings. And for this heart longing to also transfigure – use a thorn to remove a thorn, then throw them both away (Ramana).